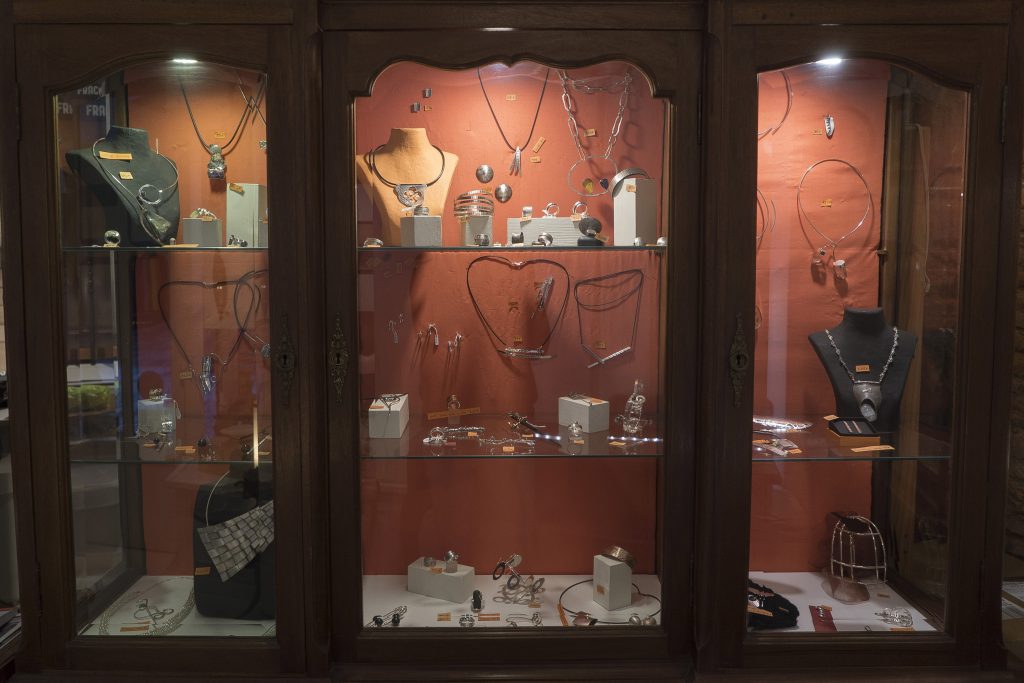 Having grown up in a family of artisans from different disciplines, and after having experimented with various materials, I opted for metal and jewellery: working with fire and adapting small sculptures to the human body and thus providing them with life and movement, attracted me enormously.

In the year 2000 I started my Fine Arts’ education at the University of the Basque Country (UPV-EHU), and in 2002 I started my studies in jewellery. In 2004 I entered as an apprentice in a jewellery workshop, and in 2008 I opened to the public my own small workshop, the studio where I am still working nowadays.

I continue in constant training attending courses of techniques that interest me, from 2013 on with less intensity since I am also raising my children.

I have also held monographic and collective exhibitions, including: ValorArte Bilbao 2011, ArteAtaria at the Dómine Bilbao Hotel 2014,…